Most stars either faint very slowly over millions of years or undergo an instantaneous bright supernova when they die. A tiny fraction of stars might, hypothetically, collapse directly into a black hole (“failed supernovae”), but not more often than once every few hundred years in the Milky Way. Therefore, it is extremely unlikely that a Milky Way star would just entirely physically vanish due to any known, natural phenomena. But supercivilisations could have all kind of reasons to hide or erase a star from the map, assuming available technology. Maybe this event never happens; maybe it happens today or tomorrow.

The “Vanishing and Appearing Stuff during a Century of Observations” (VASCO) mission, therefore, looks for vanishing stars in the Milky Way as a strong signature of extraterrestrial intelligence — or entirely new physical phenomena we do not know about yet.

VASCO uses modern, existing all-sky surveys like the Gaia, Sloan Digital Sky Survey (SDSS) and United States Naval Observatory database (USNO ) for this project, in combination with the most state-of-the-art statistical techniques used within astronomy and developed for the purpose to extract the best possible vanishing star- candidates for VASCO.

While we do these searches, we intend to also collect everything else that we may find such as short-lived transient phenomena and variable stars.

An overview of the type of objects and events we collect in the VASCO project. Figure from Villarroel et al. (2020).

The main goals include, but are not limited to:

We may not find aliens. But the project may give fascinating and fruitful side results, like 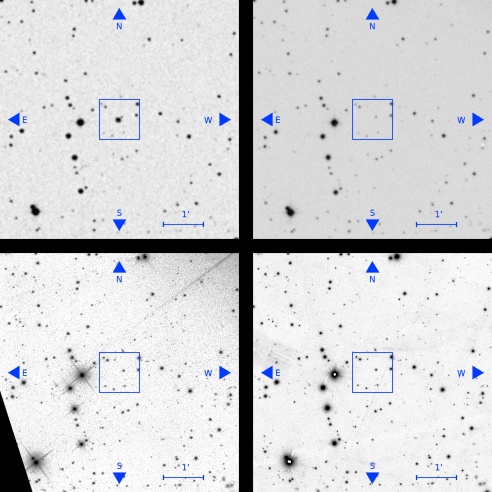 An example from Villarroel et al. (2020). We show the images from POSS-1 E red (upper left), POSS-2 red (upper right), combination of SDSS filters (lower left) and Pan-STARRS r (lower right) . One can only see the target in POSS-1 E red image. Afterwards, it seems to have “vanished´´.